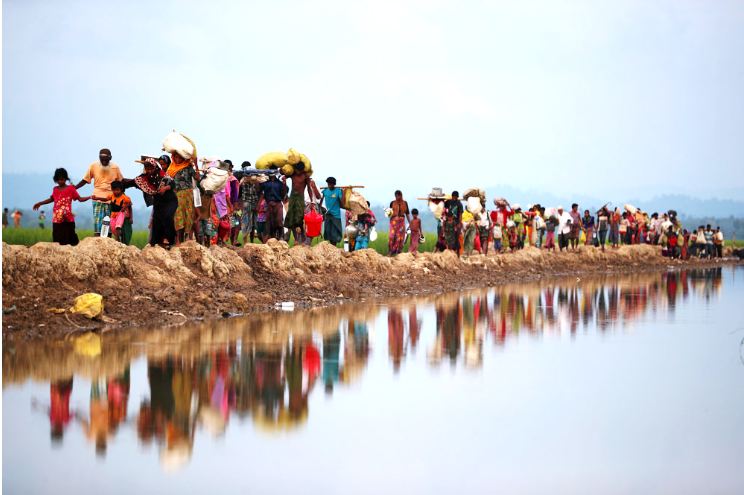 The Myanmar government invited an estranged ethnic community — the Rohingya — back to their homeland, but they did not respond.

They have, in fact, spurned this invitation, citing their fears and apprehension of further oppression in their homeland, because they are still not recognized as citizens. This is an intractable situation, as the host government is losing its patience with the indefinite presence of a million plus refugees packed in a tiny sliver of land in an overpopulated country.

The situation has come to such a pass that even after the so-called bilateral agreement between the two countries, and scheduling of phased repatriation of the refugee with assurances of safety from Myanmar, the refugees have balked.

The planned date of the first repatriation came and went. Not a soul budged from the camps. In fact, the refugees have now turned into a rebellious group that will not allow any repatriation unless they have been given citizenship. And that is a demand that is not going to be fulfilled soon.

Bangladesh, it seems, for now, is stuck with the refugees. There is a historical parallel of this situation to something that happened some four decades ago with the first Rohingya immigration in 1978. I was deputy commissioner of Chittagong then, when the first exodus from Myanmar (then Burma) happened in April.

It started with a trickle, about a few hundred crossing Ukhiya border along with Myanmar. The border patrol could not stop the flow when the number exceeded a thousand. But once the flood gates were opened, no one could stop the flow. In a month’s time, the flow of refugees turned into a tide bringing the total to over 200,000.

Handling this large influx of refugees for a fledgling country that was only in its seventh year was a task of enormous proportion. International assistance was slow to arrive, but eventually with domestic resources and aid coming through the International Red Cross and UNHCR. 13 camps were set up in Cox’s Bazar subdivision, including one in Bandarban that held a little over 200,000 people.

The government made several momentous decisions at that time. Principal among which were to contain the refugees in designated camps only, to prevent refugee movement outside the camps with police patrol, to focus on their repatriation as early as possible after discussion with Myanmar, and manage all international relief through government officials in the camps.

Despite protests from international aid agencies working there, the strategies worked well, particularly the bilateral discussions with Myanmar officials.

There were three bilateral meetings with Myanmar following the first influx, one in Yangon, one in Dhaka, and one in Cox’s Bazar. The last was in Cox’s Bazar, which included visits to the refugee camps by Myanmar home minister, director-general immigration, and Myanmar ambassador to Bangladesh. I attended all meetings (excluding the Yangon meeting) and took the Myanmar delegation to the camps. The long and short of all these meetings was the happy agreement on repatriation without any condition from Myanmar side.

Nevertheless, the main reason why the Rohingya had left Arakan in 1978 was the Myanmar government operation known as Operation Nagamin (Dragon King) to identify illegal residents of Arakan.

The immigration officials, with the assistance of the army, conducted raids in Rohingya villages with brute force, leading to their mass departure for Bangladesh. In this act, the immigration officials of Arakan were more involved than the central government. This made the negotiations easier, and agreement for repatriation quicker, since the Burmese did not want more international attention to this problem.

The agreement was very quickly reached, but its implementation was not easy, mainly because of the refugees balking at the repatriation citing fear of oppression. The resistance was primarily voiced by Rohingya leaders who demanded many conditions for repatriation, including an international guarantee on their safe living in Arakan, a condition that could not be filled without having a separate homeland for them. The resistance first came in the shape of a quiet campaign in the camps against repatriation.

Secondly, the refugees refused to be enlisted in the repatriation register that we were required to create prior to repatriation. Thirdly, they assaulted the officials conducting the registration. This third act led to police action in which 13 refugees were killed after some police constables were injured.

What followed next was very bold action by the government. The police firing was regretted, and the refugees were assured of a judicial inquiry, but they were also told in no uncertain terms that the government would not tolerate any resistance to repatriation. The refugees will have to register, and they would be required to return as agreed with Myanmar.

Things went smoothly thereon, until the actual date of the first repatriation, which I believe was later part of 1978. For first or token repatriation, we had selected 40 people, who had volunteered to be repatriated and they were kept in a camp adjoining the border.

It is a long story of how the rebellion was stopped by us, but in the end, we were able to maneuver in a hostage negotiation style and succeeded in recapturing the post and getting the rifles back. I conducted the discussions through emissaries and obtained the control of the camp after assuring (falsely) that we would stop the repatriation.

Meanwhile, when the discussions were underway, we had deployed one full battalion of armed police around the camp, which we revealed after we took back control of the camp. It was easy later to transport the selected repatriates to another camp and take them from there to the designated repatriation outpost. I myself took them across the border and handed them to the Myanmar authorities.

But that parallel will not guide us in our current plight. That time we were dealing only 200,000 refugees. We were not tackling a population of over a million. That time, we were able to resolve bilaterally our problem without much international intervention. Now, many actors are involved, aside from international organizations, India, China, even the US. That time, we dealt with a fledgling Rohingya movement, which has now morphed into a full-fledged international movement.

Therefore, what we could do 40 years ago we cannot get away with now. We cannot force the Rohingya to move to Myanmar unless their leaders are convinced that they would be safe there. But what we can do now is get more international support for repatriation, including strong pressure on Rohingya leaders to accept voluntary repatriation as the only means for their future. This support has to come from UN agencies working there as well as other countries which have influence on Myanmar.

This can make the repatriation a more drawn out process, but it is better than having a million plus refugees squatting in camps for an indefinite period.

Ziauddin Choudhury has worked in the higher civil service of Bangladesh early in his career, and later for the World Bank in the US.