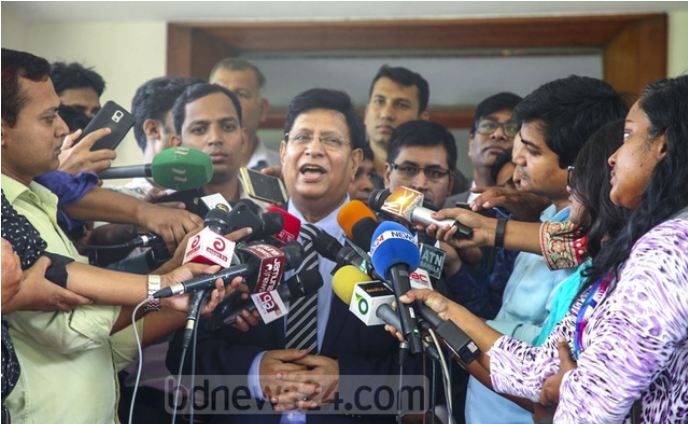 Foreign Minister AK Abdul Momen has accused Myanmar of ‘lying’ about the issue of the repatriation of the forcefully displaced Rohingya people.

Speaking at a media briefing on Wednesday, Momen said, “Myanmar has held Bangladesh responsible for the delay in repatriating the Rohingya refugees when Bangladesh stands ready to do it.”

Bangladesh initiated the process of repatriating the Rohingyas in November 2018 after the Myanmar government gave in to international pressure and signed a deal to take them back.The initiative stalled after the Rohingyas refused to go back over fears about an adverse situation back in Myanmar. 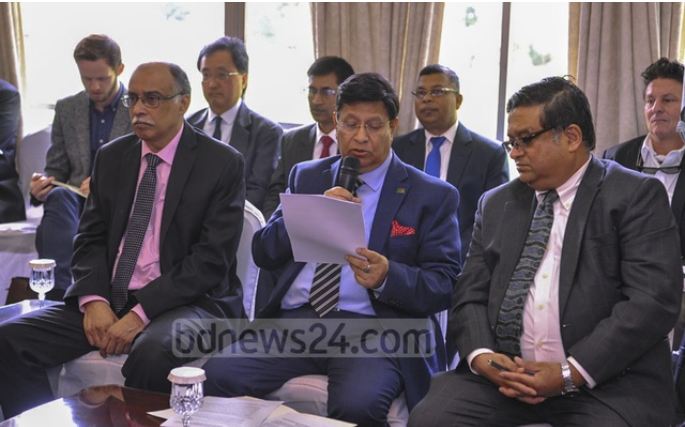 A Myanmar minister complained of non-cooperation on part of the Bangladesh government in resolving the Rohingya issue at the ‘Future of Asia Conference’ in Japan in May.

On Wednesday, Momen invited foreign diplomats in Bangladesh and briefed them on the country’s position on the Rohingya issue.The foreign minister slammed Myanmar for spreading ‘blatant lies’ and failing to ‘keeps its promise’.

“They were supposed to create a favourable situation in the Rakhine state for the Rohingyas. Of 800 villages, only two were shown to have a suitable environment despite their claims that all problems had been sorted. Myanmar did not keep its promise,” said Momen.

Momen reiterated that Bangladesh is seeking a peaceful solution to the issue. “They are our neighbour,” he said.  “Bangladesh urged the international community to continue exerting pressure on Myanmar to resolve the Rohingya issue,” Sudipto Mukerjee, resident representative of UNDP in Bangladesh, told the media.

“We said that we stand beside Bangladesh,” he said. Diplomats from the United States, the UK, China, India, Canada, Norway, Switzerland, Sweden, Brazil and representatives from the European Union, and different United Nations agencies were present at the briefing.