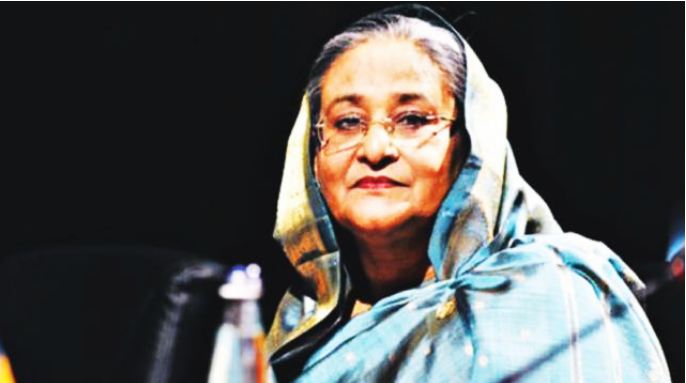 Prime Minister Sheikh Hasina today said that she would visit China by July to talk about repatriation of Rohingya refugees who fled to Bangladesh from Myanmar’s Rakhine state in the face of ethnic cleansing there.

“I hope that I would be successful in dealing with the Rohingya issue with China,” the PM said while addressing a press conference at her official Gono Bhaban residence this afternoon. “The Chinese president has invited me to visit his country in July and I will go there and talk to him about the issue,” she added.

Hasina, also president of the ruling Awami League, said, “Myanmar is the main problem as they don’t want to take back the Rohingya people to their country.” Responding to a query, she said the issues of terrorism and Rohingyas were discussed during the 14th Organisation of Islamic Cooperation (OIC) Summit and all have put their heed to reach immediate solution to the crises.

She said, “We have talked with India, China and Japan about the issue and they equivocally said Myanmar should take back the Rohingya people.” Apart from this, some organisations are also against the repatriation of the Rohingyas as they will lose fund if the refugees are repatriated voluntarily.

The premier was addressing a press conference to brief the media this afternoon on the outcome of her 11-day tri-nation official visit to Japan, Saudi Arabia and Finland.  The press conference began at Gono Bhaban at 5:00pm.

The prime minister returned home yesterday morning winding up her visits to the three countries from May 28 to June 7.  On May 28, the prime minister reached Tokyo, the capital of Japan, the first destination of her tri-nation visit.

Concluding her visit to Japan, the premier went to Saudi Arabia on May 31 on the second leg of her tri-nation tour to attend the 14th OIC Summit held in Makkah at the invitation of Saudi King Salman bin Abdulaziz Al Saud. Wrapping up her visit to Saudi Arabia, the premier went to Finland, the third and final destination of her tri-nation tour, on June 3.