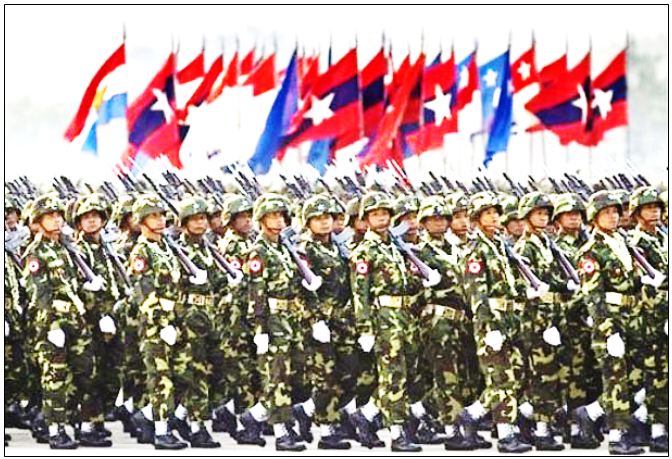 The UN Independent International Fact-Finding Mission on Myanmar (FFM)urged the international community on Tuesday to cut off all financial and other support to Myanmar’s military, saying its commanders need to be isolated and brought before a credible court to answer charges of war crimes, crimes against humanity and genocide.

FFM chairperson Marzuki Darusman said the measures were needed because Myanmar has not done enough to resolve the nation’s conflicts and protect human rights, including those of over a million ethnic Rohingya civilians who have been forced into exile.

“There has been no movement toward a resolution of the crisis,” Darusman said at the conclusion of a 10-day visit to Bangladesh, Malaysia, Thailand and Indonesia. “The situation is at a total standstill.”

The FFM’s 444-page report, submitted to the Human Rights Council in September 2018, documented how Myanmar’s military brutally and systemically violated the human rights of ethnic minorities throughout the country.

It focused on the military’s ‘clearance operations’ against the Rohingya minority in Rakhine state in 2017, when security forces killed thousands of Rohingya civilians, raped and sexually abused women and girls and burned their villages in an explosion of violence that forced the exodus of more than 700,000 people in two months.

Both military and civilian sides of Myanmar’s government persistently deny the facts and disclaim any responsibility for crimes under international law.

In Cox’s Bazar, Bangladesh, the FFM visited Kutupalong Camp, which houses Rohingya refugees who have been fleeing Myanmar since the early 1990s. The experts met scores of refugees to gather more testimony, brief them on the status of the FFM’s work and update them on efforts to advance accountability of Myanmar’s generals.

The refugees told the FFM they need justice, education, work and the ability to return safely home in dignity.

Darusman told the refugees that, when the FFM’s mandate expires in September 2019, it will hand over its information, documentation and evidence to the new Independent Investigative Mechanism on Myanmar, established by the Human Rights Council to facilitate and expedite fair and independent criminal proceedings against perpetrators of crimes under international law in Myanmar.

“In short, this is not the end of the story,” Darusman told them. “Please have hope that this will lead to eventual accountability of those who are responsible for what took place against the Rohingya community.” Darusman said that operations conducted by Myanmar security forces in Rakhine State in 2017, as well as earlier violence directed at Rohingya communities there in 2012 and 2016, were not isolated incidents.

Rather, they “were the result of structural problems fuelled by the absence of a political and legal system that is willing to accommodate diversity. This is an issue affecting ethnic minorities throughout Myanmar,” Darusman said. “Any solutions should directly address the structural problems.”

Darusman also said that Myanmar’s government should “focus on the real betterment of the remaining Rohingya community in Myanmar”. Many there live in fear of security forces and more than 120,000 are still restricted to displacement camps they were forced to flee to after violence in 2012.

During their visit to the region, which began on 3 May, the FFM experts met with government officials, UN agencies, regional actors and humanitarian workers. They also met representatives from the Chin, Kachin, Shan and Rakhine communities who reported their fears of returning to Myanmar due to continued violence and fighting, uncertainties around the peace process and the dire humanitarian situation in large parts of the country.

“Meeting with these different ethnic communities only underscored our findings that the Tatmadaw (the Myanmar military) has over time committed similar atrocities against many of the ethnic groups living within the borders of Myanmar.

Acknowledging that human rights violations have been committed, holding people accountable and reforming the Tatmadaw is the only way forward,” expert member Radhika Coomaraswamy said. “The repatriation of refugees remains remote unless and until the Myanmar government takes concrete measures to provide conditions that are conducive for voluntary, safe, dignified and sustainable return, including full and equal inclusion in Myanmar society,” she added.

The FFM reiterated its interest in engaging in dialogue with the Myanmar government to advance accountability, ensure justice and promote the right to safe, voluntary and dignified return. Expert member Christopher Sidoti emphasised, however, that the FFM “has seen no evidence that the Myanmar government is acting in good faith to resolve the crisis or facilitate the safe return of refugees. The situation demands an increase in international pressure.”

“Due to the gravity of the past and continuing violations, attention must be given to the political, economic and financial ties of the Myanmar military – to identify who and what should be targeted so we can cut off the money supply as a means of increasing the pressure and reducing the violence,” Sidoti said.

The crisis has been exacerbated by new fighting between the Arakan Army and security forces in Rakhine and Chin States, which has displaced another 30,000 people. Humanitarian agencies have extremely limited or no access to the affected communities in Rakhine and Chin States. The FFM continues to receive allegations of human rights violations and abuses being committed there.

While in the Cox’s Bazar area, the FFM experts also visited the Bangladesh side of a small, desolate strip of land at Konarpara on the Myanmar-Bangladesh border where around 4,000 displaced Rohingya remain stranded. Due to the restrictions that Myanmar places on humanitarian actors, the people on the Myanmar side of the border face a particularly desperate situation.

Myanmar must take confidence-building measures, including lifting restrictions on freedom of movement and humanitarian access, providing livelihood opportunities and ensuring safety, to allow these 4,000 Rohingya to return to their original villages.

The Independent Investigative Mechanism is not the only body laying the ground for future prosecution. The International Criminal Court is conducting its own examination, and discussions are also taking place about the jurisdiction of the International Court of Justice under the Genocide Convention. The FFM has also called on national courts to exercise jurisdiction and prosecute alleged perpetrators.

The FFM, supported by a team of experienced human rights, legal, linguistic and technical staff, is accepting submissions from interested individuals, groups and organisations. It is particularly interested in receiving information regarding business ventures connected to Myanmar’s military and information from 2011 onward on sexual and gender-based violence as well as the situation of ethnic minorities. The information should be sent by 1 June 2019 to myanmarffm@ohchr.org. The FFM will present its final report to the UN Human Rights Council in September 2019. Source: UN Human Rights Council