Rohingya: the descendants of ancient Arakan

Rohingya: the descendants of ancient Arakan

Of the many excuses put forward by the Burmese authorities, one common one is to deny the existence of the Rohingya community themselves, painting them as Bangladeshi migrants who have crossed the borders and laid claim to Burmese land. This piece is my research on the falseness of this statement, and an introduction to the history of the Arakan region and the multiculturalism that once infused it.

Multicultural from the start 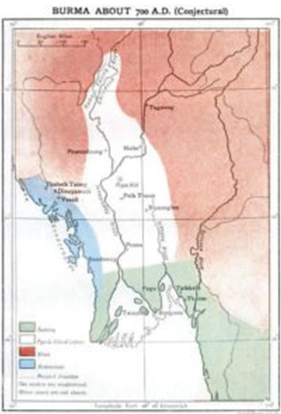 From long before the 8th century, the area now known as North Arakan was the seat of Hindu dynasties until 788 AD, when a new dynasty, known as the Chandras, founded the city of Vaishali. This city went on to become a noted trade port, with territory extended as far north as Chittagong, although the as many as a thousand ships coming to it annually. In fact, its empire itself was ruled from modern day Munshiganj. Research  suggests that the inhabitants of this city were “Indian” or descended from Aryans geneologically, with followers of Hinduism as well as a Mahayanist form of Buddhism.

A History of South East Asia by Hall details how the Burmese do not seem to have settled in Arakan until possibly as late as the tenth century AD. Pamela Gutman’s research also delves into the Rakhines, the last significant group to come to Arakan, and who appear to have been an advance guard of Burmans who began to cross the Arakan Yoma (mountain) in the ninth century. Genealogically, this population was not similar to the people of Danyawaddy or the Wethali dynasties of Arakan.

In old Burmese, the name Rakhine first appeared in inscriptions from the 12th century, and was found from the 12th to 15th centuries on stone inscriptions of Tuparon, Sagaing. However, the scripture of those early days in Arakan were similar to early Bengali script and not the language that is spoken in present day Rakhine, indicating the existence of a culture that was more similar to the one of ancient Bengal under the earlier Hindu dynasties.

However in medieval times, there was a reorientation eastward; the area fell under Burman dominance, and Arakanese people began to speak a dialect of Burmese, something that continues to this day. With Burmese influence came ties to Ceylon and the gradual prominence of Theravada Buddhism.

The influence of Islam

Arabs were the earliest people to travel to the east by sea, and they were in contact with Arakan even during pre-Islamic days. The Arakanese first received the message of Islam from ship wrecked Arabs in 788 AD. 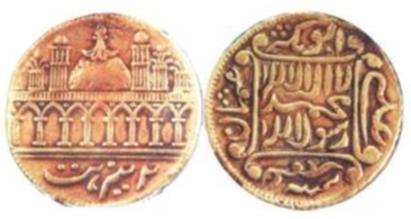 This Arab presence, with the message of Islam, made up the beginnings of Muslim society in Arakan. Thus, historical research indicates that the Arakanese inhabitants of Wesali practised Hinduism, a Mahayanist form of Buddhism as well as Islam. This is even confirmed by the Burmese military regime in its official book Sasana Ronwas Htunzepho, published in 1997 – “Islam spread and was deeply rooted in Arakan since 8th century from where it further spread into interior Burma.”

In fact, the Arab influence increased to such a large extent that in Chittagong during the mid 10th century, a small Muslim kingdom was established, possibly from the east bank of the Meghna River to the Naf, ruled over by a Sultan. After the advent of Muslim rule in Bengal in 1203 A.D., the Muslim population of Arakan increased, especially during the Mrauk-U dynasty. There were large scale conversions of Buddhists to Islam from the 15th to 18th centuries.

Later, when Dutch industrialists were ordered by the king to quit Arakan, they were afraid of leaving behind the children they had had with local women – the pious Dutch Calvinists were horrified at the idea of them being brought up as Muslims.

The relations between Arakan and Chittagong were based on historical, geo-political and ethnological considerations. The Chittagong region was under the Vesali kingdom of Arakan during the 6th to 8th centuries, and under the Mrauk U kingdom of Arakan in the 16th and 17th centuries, meaning these close political, cultural and commercial links have existed between these two territories for centuries. 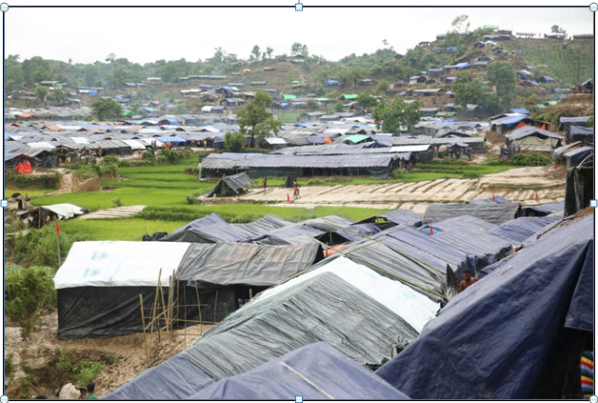 The 15th century is a turning point in the history of Arakan; during this time, a large contingent of Muslims entered Arakan from Bengal by invitation of the ruling princes. The cause was political. Here, the history of Arakan intersects with the history of the Indian subcontinent, especially with Bengal. While Bengal and Arakan had had the same rulers as far back as the 6th century, this was the time when Muslims became an integral part of the political system in Arakan, becoming rulers, administrators and kingmakers for over 350 years.

In 1430, after nearly three decades in exile in the Bengali Royal city of Gaur, the Rakhine king Narameikhla, also known as Min Saw Mun (1404-1434), returned to Arakan at the head of a formidable force largely made up of Afghan adventurers, who swiftly overcame local oppositions and drove off the Burmans and Mons. In fact, it was the Bengal King Sultan Jalal Uddin (1415-1433 AD) of Gaur, a Muslim convert from Hinduism, who helped king Narameikhla. According to Dr Maung in The Price of Silence, “He (Narameikhla) spoke Persian, Hindi, and Bengali on the top of his mother tongue Rakhaing.”

This was the start of a new golden age for the country – a period of power and prosperity – and creation of a remarkably hybrid Buddhist-Islamic court, fusing tradition from Persia and India as well as the Buddhist worlds to the east. This cosmopolitan court became great patrons of Bengali as well as Arakanese literature. Poet Dulat Qazi, author of the first Bengali romance, and Shah Alaol, who was considered the greatest of seventeenth-century Bengali poets, were among the eminent courtiers of Arakan. Mrauk-U kings adopted Muslim titles like “Shah” alongside Buddhist names and titles, appeared in Persian-inspired dress and the conical hats of Isfahan and Mughal Delhi, minted coins and medallions inscribing Kalima (Islamic declaration of faith) in Persian and Arabic scripts, and spoke several languages. Persian and Bengali languages were patronised and used as the official and court languages of Arakan.

According to Dr Ko Ko Gyi, “This was because they (Arakanese kings) not only wished to be thought of as sultans in their own rights, but also because there were Muslims in ever larger number among their subjects.”

This period in history is filled with examples of close relations between different communities and religions in the region, and a time when art and literature flourished. For example, the 17th century king Narapadigyi trusted and loved Magan Thakur, a noted poet of medieval Bengali literature, so much that at the hour of his death, he left his only daughter under Magan’s custody. When this princess became the principal queen of Tado Mintar, she entrusted the Chief Ministership to Magan Thakur, realising the guardianship she enjoyed in childhood.

From ministers to refugees

In those days, it was not uncommon for Muslims to occupy chief administrative posts in government. Burhanuddin, Ashraf Khan, Sri Bara Thakur were distinguished Lashkar Wazirs (Defence or War Ministers); Magan Thakur, Syyid Musa, Nabaraj Majlis were efficient Prime Ministers; and Syyid Muhammad Khan and Srimanta Sulaiman were capable ministers in Arakan. There were lots of other Muslim ministers, high civil and military officers who contributed to the growth of Islamic culture in Arakan. In fact, Arakan was depicted as an Islamic state in the map of The Times Complete History of the World, showing cultural division of Southeast Asia (distribution of major religions) in 1500.

Noted Burmese historian Col. Ba Shin, ex-chairman of the Burma Historical Commission, wrote in a research paper that “Arakan was virtually ruled by Muslim from 1430 to 1531.” From 1430 to 1645, for a period of more than two hundred years, the kingdom of Arakan followed an imperial, administrative order similar to the ones in Gaur and Delhi, with the head of officials known as Qazis. Some of them were prominent in the history of Arakan, such as Daulat Qazi, Sala Qazi, Gawa Qazi, Shuza Qazi, Abdul Karim, Muhammad Hussain, Osman, Abdul Jabbar, Abdul Gafur, Mohammed Yousuf, Rawsan Ali and Nur Mohammed etc. Gradually, a mixed Muslim society and culture developed and flourished around the capital.

By the 17th century, Muslims had entered Arakan in a big way on four different occasions; the Arab traders; two big contingents of the Muslim army in the course of restoring King Saw Mun to the Arakanese throne; the captive Muslims carried by pirates in the 16th-17th centuries, and the family retinue of Shah Shuja in 1660 A.D. Of them, the army contingents entering Arakan were numerically very great and influenced Arakanese society and culture greatly.

Thus, the Rohingya, with bona fide historical roots in the region, have evolved with distinct ethnic characteristics in Arakan from peoples of different ethnical backgrounds over the past several centuries. Genealogically, Rohingya are Indo-Aryan descendants. Genetically, they are an ethnic mix of Bengalis, Indians, Moghuls, Pathans, Arabs, Persians, Turks, Moors and central Asians, and have developed a separate culture and a mixed language, which is absolutely unique to the region.

The author is Chairman of the Arakan Rohingya National Organisation (ARNO). He can be reached at nuromor@yahoo.com