Home › Media › International › It’s time for the U.S. to pressure Burma on human rights — once again

It’s time for the U.S. to pressure Burma on human rights — once again 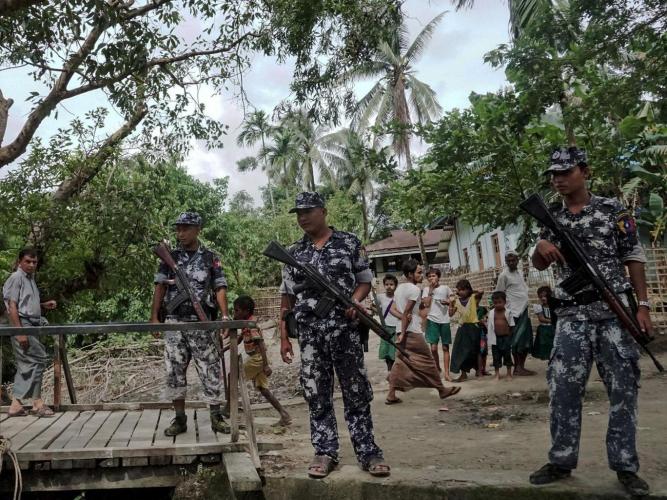 At the end of June, authorities in Burma — including the country’s leader, Nobel laureate Aung San Suu Kyi — denied United Nations investigators access to Rakhine state, where the Burmese military is allegedly abusing the Muslim minority Rohingya. The action placed Burma on a short list of nations that have denied U.N. access in their countries. The list includes the unsavory regimes of North Korea, Venezuela, Congo and Syria.

Aung San Suu Kyi’s decision is a huge disappointment to U.S. policymakers who hoped that the Obama-era velvet-glove approach to Burma (also known as Myanmar) would improve conditions for the nation’s long-suffering people.Under President Barack Obama, policy regarding Burma changed dramatically. Long-standing sanctions were loosened, and Washington offered technical assistance ahead of national elections. Burma’s “opening” was hailed as proof that the new approach had worked.

The rose-colored view of Burma has continued in the Trump administration. The State Department recently upgraded Burma’s rank in its Trafficking in Persons report and removed the nation from its Child Soldier Prevention Act list. These diplomatic rewards are, at present, unmerited.

Now comes the denial of U.N. access, suggesting that the democratic transition in Burma has stalled, at the very least. At worst, it has seriously deteriorated.

After multiparty elections in 2015 brought Aung San Suu Kyi and the National League for Democracy (NLD) to power, the international community hoped that Burma had finally taken a turn for the better — one that put it on solid footing for democratization. But elections alone do not a democracy make.

Burma’s democratization did not begin with a solid foundation. While the Obama administration described the 2015 elections as “credible, transparent, and inclusive,” many observers disagreed. And certainly the elections were far from being free and fair. All 1.3 million Rohingya – and hundreds of thousands of others — were not allowed to vote.

The military retains control over key government organs, the powerful Ministry of Home Affairs, the Ministry of Defense and the Ministry of Border Affairs, as well as the oft-overlooked General Administrative Department, which is responsible for matters of sub-national governance. Active-duty military hold a quarter of all parliamentary seats, effectively granting the army a veto over constitutional amendments, which require a 75 percent vote of approval. If that weren’t enough, the 2008 Constitution grants the commander in chief of the armed forces the right to declare a state of national emergency and retake political power whenever he deems it necessary to preserve national unity.

There are other indications that Burma has strayed from a path toward democratization. Since the election of the NLD, Aung San Suu Kyi has displayed strong authoritarian tendencies and a willingness to acquiesce to the military’s demands that far exceeds the call of duty in the Burmese political system. She has failed to institute meaningful economic reform or substantive reform to political institutions.

Nor has she been able to muster the political clout necessary to arrange a cease-fire among the nation’s disparate separatist and ethnic movements. Richard Weir from Human Rights Watch believes that violence has actually risen since Aung San Suu Kyi’s election.

While the international community focuses largely (and rightly) on the plight of Rohingya, Weir fears that other groups experiencing violence and oppression — such as the Kachin and Shan in the north — are slipping off the radar. Weir’s on-the-ground observations were recently corroborated by reports from the U.S. Commission on International Religious Freedom that note rising violence against the Christian minority Kachin.

Now Aung San Suu Kyi’s denial of U.N. entry should be the straw that breaks the camel’s back. Human rights groups and local media have reported a slew of abuses by security forces across Rakhine state: the systemic use of rape as a weapon of war, beatings and killings of civilians, and the widespread looting and destruction of Rohingya homes.

Aung San Suu Kyi faces a difficult political situation. A deep bias against ethnic Rohingya (extending to Muslim believers in general) is rampant among the Burmese majority. If she lets racial divisions foment social discord, she risks provoking a military reaction — perhaps even an attempt by the generals to return to power.

It is clear the NLD would rather ignore the problem until tensions dissipate. On Monday, an NLD spokesperson acknowledged that the ruling party had used the recent international Rakhine state commission, chaired by former U.N. Secretary General Kofi Annan, as a “shield” from political criticism.

While Aung San Suu Kyi remains, for many, a powerful symbol of the struggle for democracy, the time has come for stronger international pressure to condemn her moral abstention regarding the abuse of her country’s ethnic minorities.

Burma’s democratic transition is faltering. The Trump administration should respond by shoring up and maintaining democracy programming in Burma. Moreover, it should press the NLD government to begin to implement a path to recognize Rohingya as citizens. Such actions would affirm the U.S. commitment to promote human rights and freedom, not just in Burma but also throughout Southeast Asia. ##